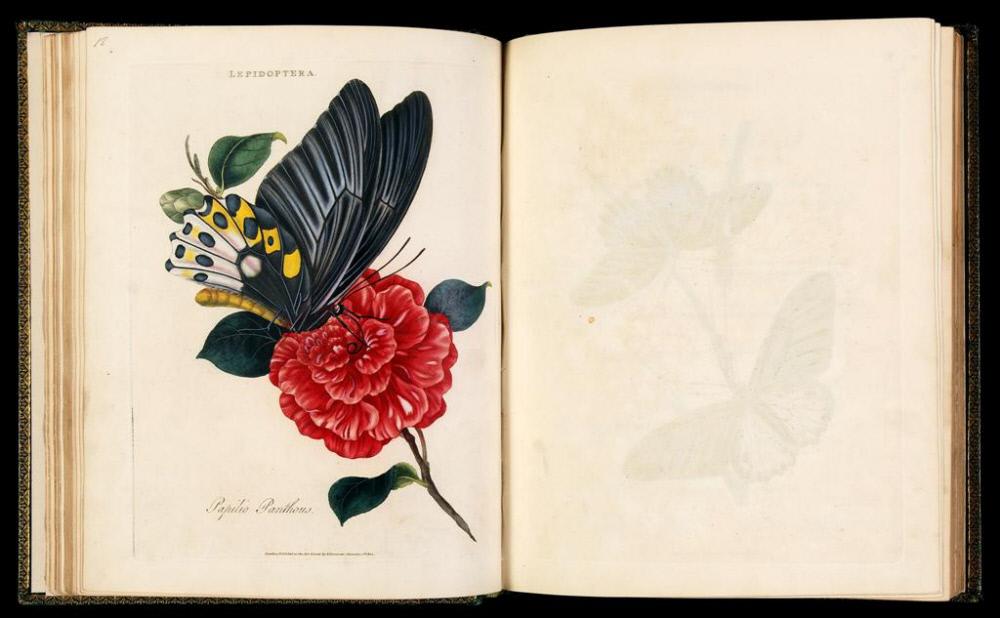 Like John Ruskin, Edward Donovan was an avid collector of natural history. He founded the London Museum and Institute of Natural History in 1807. His other collections include shells, birds and bird eggs from around Britain and Scotland. Unfortunately, Donovan faced financial difficulties as a result of ‘unscroupulos’ book deals and in 1817 the museum was closed. His collection was auctioned off the following year. In 1833 Donovan made a plea to publishers for funds that was declined and he died in 1837.

Ruskin acquired Insects of India and Insects of China at auction for £100 which is equivalent to around £8790 today. Ruskin admired Donovan’s artistic style, but he thought this was already dated and out of style. The insects and plants contained within this collection are not created from his own travels but from information and specimens given to him by others that had returned from foreign travel. Because of the time and distance travelled, not all specimens would have been living.

Donovan’s collection, and Ruskin, coincide with Britain’s colonial and imperialist past. The complexities of relationships between coloniser and colonised can be explored through this collection. The use of exotic plants and insects to represent India and China gives a sense of Orientalism, a term coined by Edward Said in 1978. This term is used in literary theory. It is concerned with the representation, depiction, ideas and attitudes that were popularised by the ‘exoticizing’ and ‘othering’ of Eastern peoples’ and cultures. This is an important aspect of history that remains relevant today. This collection provides an opportunity to face and discuss these challenging contexts.

While Ruskin believed that providing things of beauty could enhance the lives of those that viewed them, in particular, the workers of the industrial age, his attitudes to wider global issues were complicated. On the one hand, Ruskin appreciated the productions of art from India, and even influenced Gandhi in his naturalist interests but, he also viewed native peoples’ as ‘barbarians’ which maintains imperialist ideas and attitudes. Also noteworthy is Ruskin’s view that indigenous people should be left able to keep their traditional cultures, communities and, artistic productions despite the reshaping of institutional structures to bring them into line with Western democracy. The idea of bringing progress through Western democracy was a common though troubling idea during this period that has lasting global effects.

It is due to these ideas and attitudes of our past that such artworks have been made possible. Many exotic insects and plants were brought to the British Isles during this time, affecting biodiversity. Many still exist in green houses and public and botanical gardens today. The collection and exhibition of such species became popular during and after this period with the opening of botanical gardens across the country. This enabled rural and urban inhabitants to experience this abundance of nature. 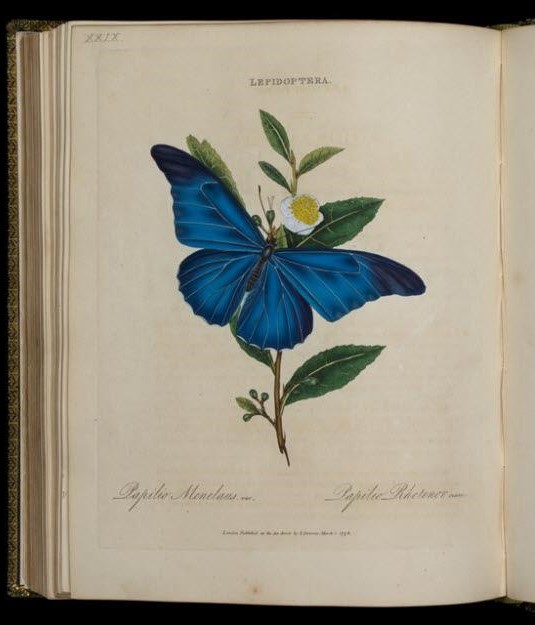 Local artists, including Donovan, were commissioned to produce artwork so that their collections can be viewed as a blend of European and Eastern techniques. Depicting plants and insects at different stages of their life cycle was new and required guidance to ensure that the necessary details were captured. This has resulted in a style that contains the colour of Eastern art, with European execution and method, and so creating a new style.

As discussed, the historical context of Edward Donovan’s work and John Ruskin opens up a window to the past that can create points of discussion regarding attitudes and ideas of their period. The implications of these have lasting effects that can be faced, challenged, and openly discussed.

Plants and insects are a large indicator of biodiversity. Butterflies in particular have been collected and studied since the 18th Century. Their intricate patterns and wing colours make them easily identifiable and create interest from collectors, scientists and the public alike. However, their increasing decline shows that 60% of European butterflies have already become extinct. This is largely due to loss of habitat and use of chemical pesticides. This loss of biodiversity is a major pressing issue facing our planet. Butterflies are not only pollinators but food for other insects too. The loss of butterflies, and other insects, can therefore be linked to ecological decline across the planet. 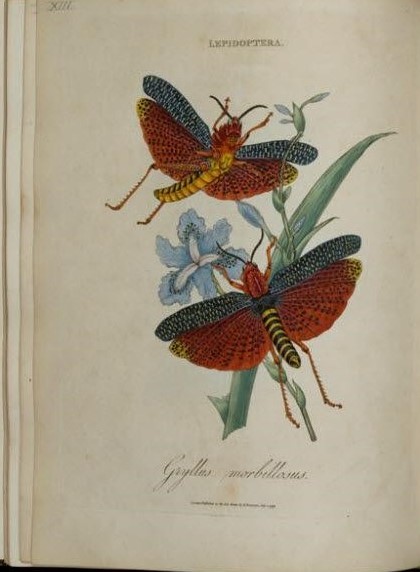 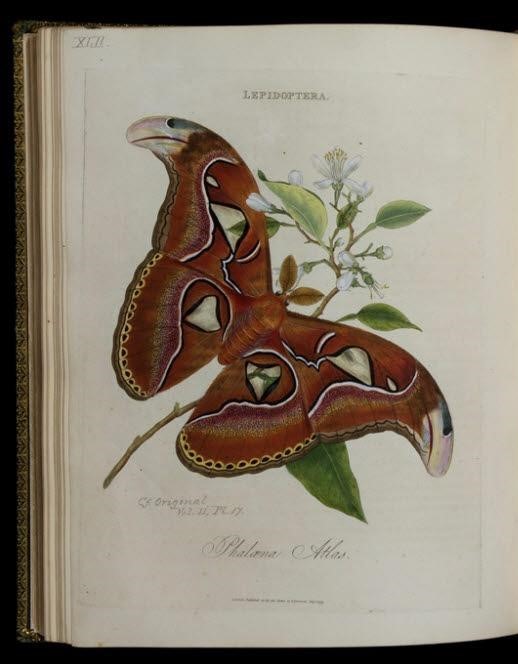 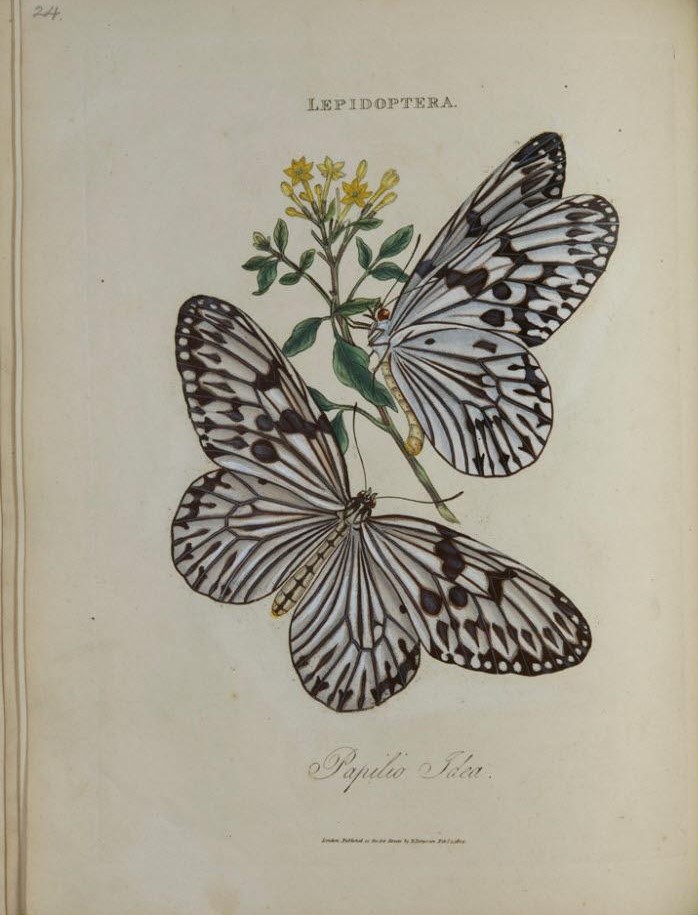