Organised by our friends and partners at The Big Draw, The John Ruskin Prize is the fastest growing multi-disciplinary art prize in the UK. With the values of Ruskin at its core, the Ruskin Prize has a growing reputation for supporting and promoting artists, designers and makers whose work defies easy categorisation.

‘The greatest thing a human being ever does in this world is to see something… To see clearly is poetry, prophecy and religion all in one’. - John Ruskin

A record number of artists, makers and designers have responded to The John Ruskin Prize 2019 nationwide call for entries, this year inviting submissions in response to the theme: Agent of Change.

Over 1250 artists and designers, working in and across a broad range of disciplines have applied this year. The 2019 selection panel will consider over 3500 artworks, selecting 25 - 30 artists for the shortlist, to be announced on 3 June 2019. From the shortlist 3 winners will be announced and awarded their share of the £5K Prize Fund at the Private View and Prize Giving at The Holden Gallery, Manchester on 11 July 2019.

With the values of the radical polymath John Ruskin at its core, and with his legacy in the spotlight in this bicentenary year, we are proud that the themes explored through The John Ruskin Prize resonate so strongly with creatives working across the nation. Thank you to everyone who submitted to this years prize.

The John Ruskin Prize is Organised by The Big Draw. Our founder and core supporter is The Guild of St George, the charity set up by John Ruskin in 1871. 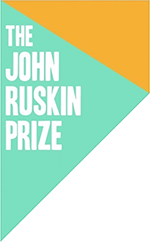 Many thanks to all of you who joined the large crowd that gathered for the Private View and awards evening for The John Ruskin Prize 2017 on 20 June. The exhibition of shortlisted works, Master of All Trades, is open until 8 October at Sheffield’s Millennium Gallery.

Read more on the JRP website, run by The Big Draw.

If you have discovered a few new favourite artists and designers among the exhibited works, you might be interested in the new Ruskin Prize Editions collection, featuring new editions and original works by the artists, some of them exclusive to the collection. Take a look.

The Big Draw today announced the shortlist of The John Ruskin Prize 2017, which this year celebrates the ‘Artist as Polymath’ and attracted a record number of submissions from fine artists, makers and craftspeople from across the UK. 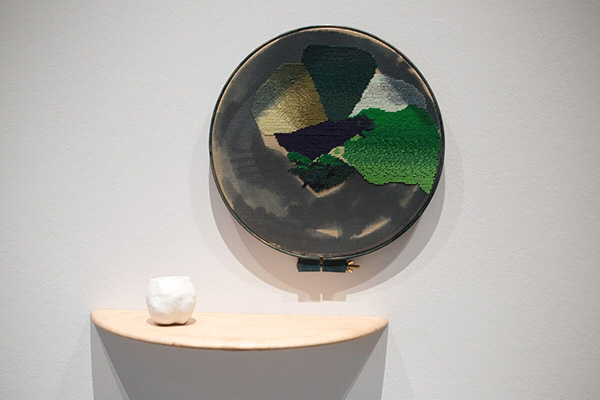 About the shortlist
Selected from over 1000 entries, the final shortlist of 26 artists, makers and innovators responded to the call for contemporary Polymaths with work that defies categorisation, dissolves boundaries and has a joyous disregard for the conventions of their chosen materials and disciplines. The artist / scientist parallel is apparent in the shortlist but there is also evidence of traditional craft combined with social commentary, skilful material manipulation and a visual wit within the selected artworks. 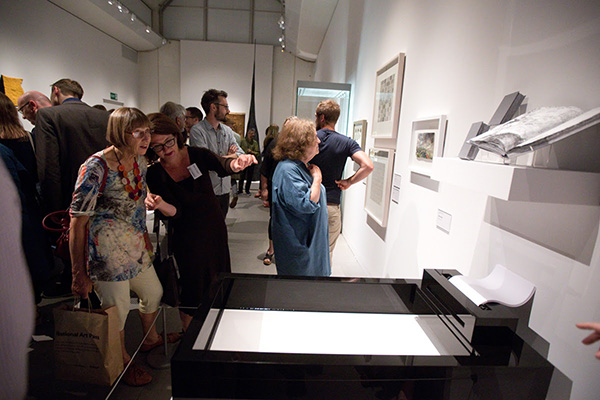 The Prize
The John Ruskin Prize is now in its fourth year and invited entries from emerging and established artists and makers aged 18 or over living in the United Kingdom. The Award is £5000 with £3000 going to the winner, and £1000 going to both the Second Prize and Student and Recent Graduate Prize winners.

Winners will be announced on Tuesday 20th June at a private view and prize-giving ceremony at the Millennium Gallery, Sheffield. The shortlist exhibition, Master of all Trades, will be on display 21st June – 8th October 2017, and will provide a contemporary counterpart to The Ruskin Collection, which is cared for by Museums Sheffield and on display at the Millennium Gallery. 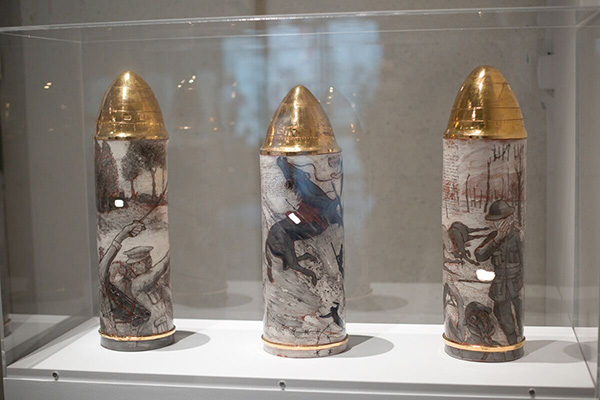 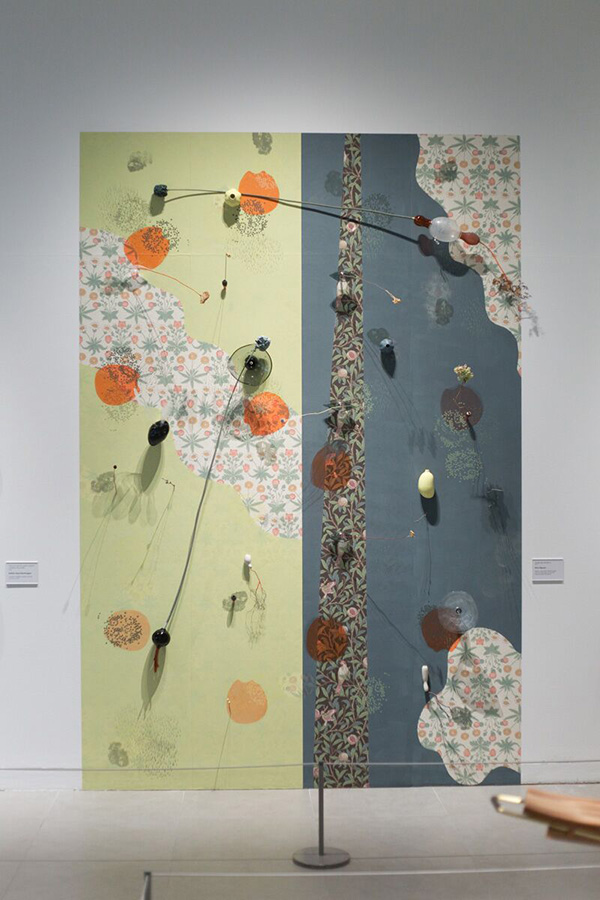 MASTER OF ALL TRADES: THE JOHN RUSKIN PRIZE 2017

This summer sees works shortlisted for the John Ruskin Prize 2017 make their debut at the Millennium Gallery, SHeffield. Inspired by John Ruskin, the award, established by The Big Draw in collaboration with the Guild of St George, is now in its fourth year.

The 2017 Prize invited artists, makers and craftspeople from across the UK to investigate the theme of the artist as polymath, a multi-skilled master of many disciplines.

The winners of the 3rd John Ruskin Prize were announced at the New Art Gallery, Walsall, on Thursday, 25th February 2016. Read the official announcement on The Big Draw website. The John Ruskin Prize was inaugurated by the Guild and is part-funded by us. It is also supported by The Pilgrim Trust, and is run by The Big Draw. 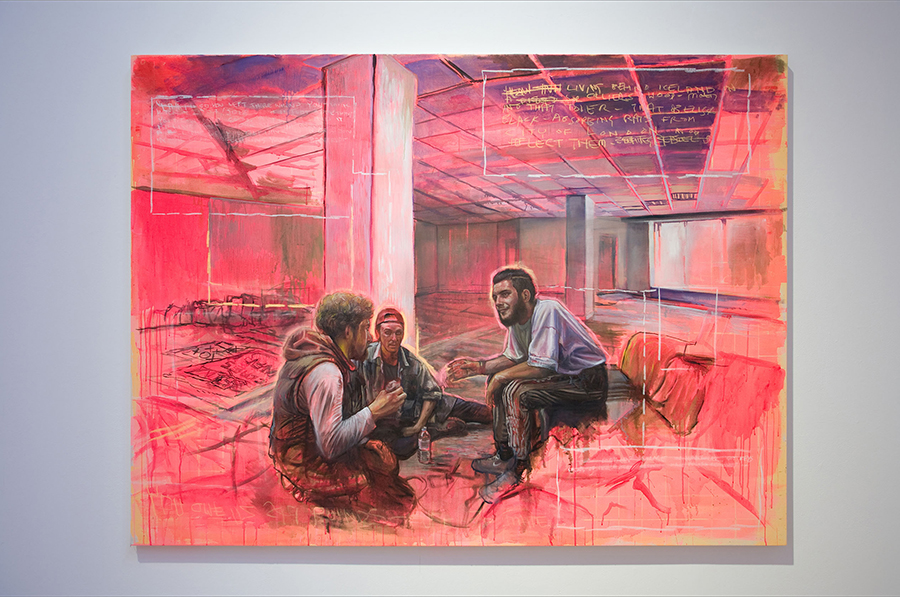 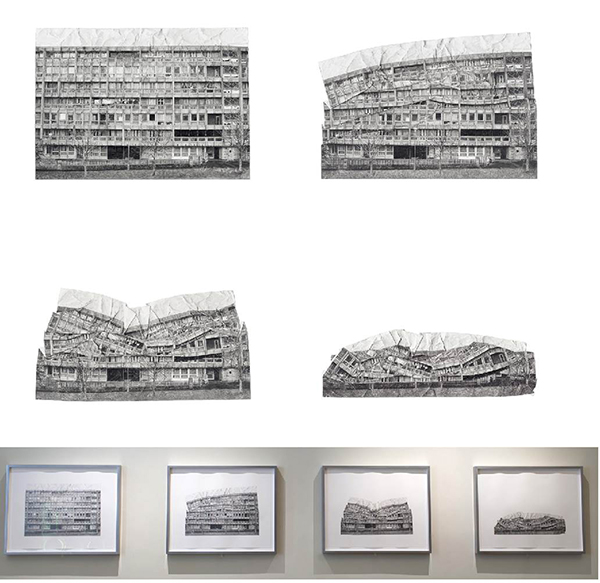 A Fall of Ordinariness and Light (graphite on paper 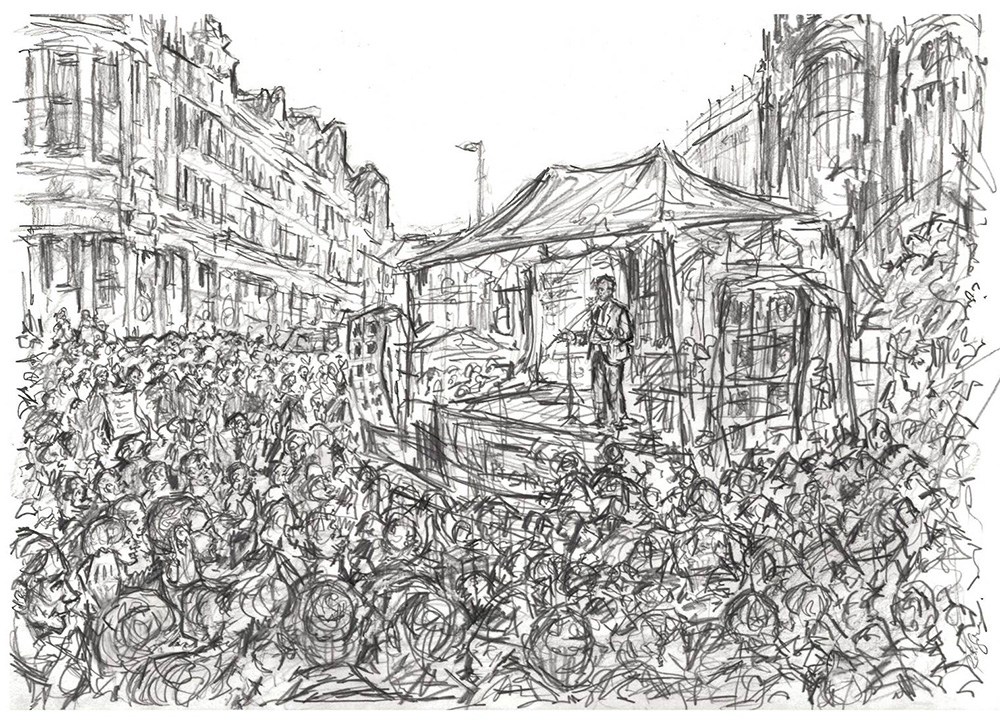 The exhibition, Recording Britain Now: Society runs at the New Art Gallery, Walsall from Friday 26th February to Sunday, 17th April. It will transfer to the Electricians' Shop Gallery, Trinity Buoy Wharf, where it will run 6th-22nd May.

An exhibition of the artists' work shortlisted for the 2015 John Ruskin Prize.

Companions will remember that the Big Draw/Campaign for Drawing originated in an initiative of the Guild of St George. It is now a thriving independent charity with a global reach. In 2012, the Guild and the Campaign joined forces to hold an art competition, the John Ruskin Prize. We are delighted to inform you that the winning shortlist of 30 artists competing in the third Prize (Recording Britain Now: Society) has now been announced. You can read all about it - and view examples of the artwork - online.