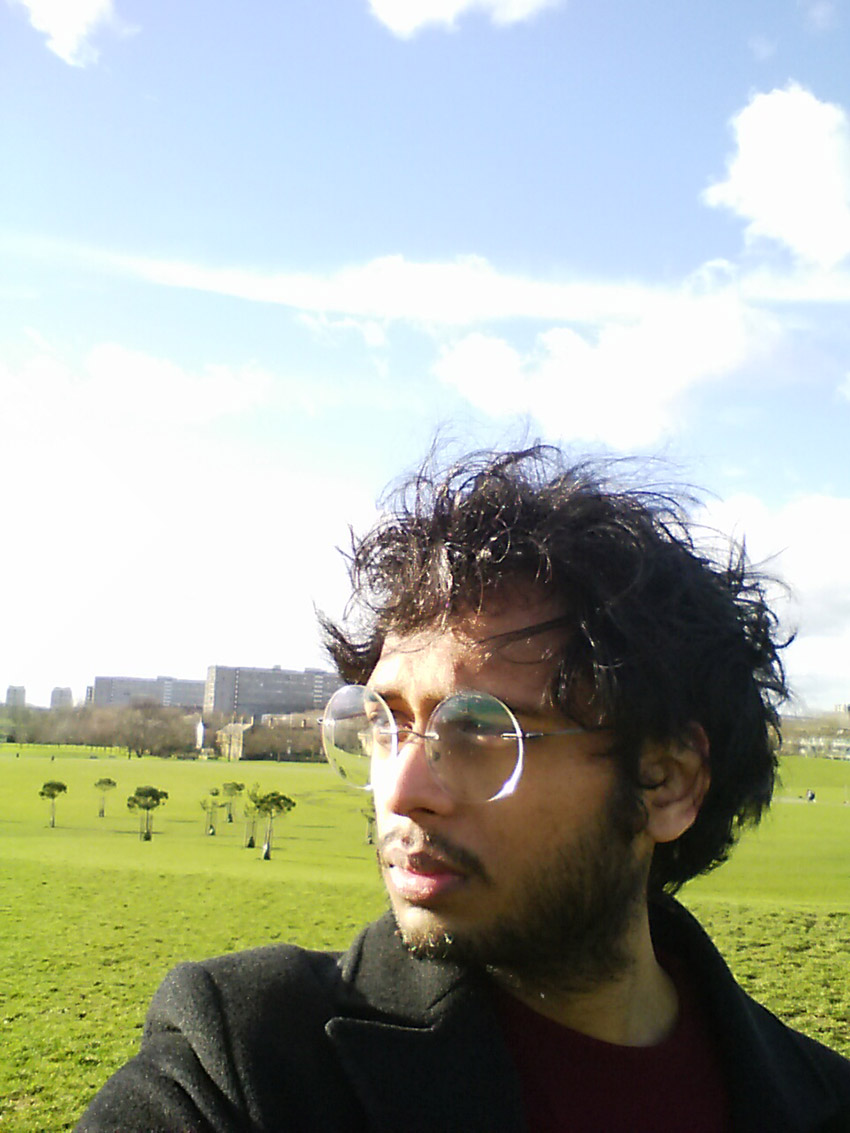 I should like to begin, if I may, by evoking the names of those, whom, for a rather considerable period of time, I have looked up to, namely Ludwig Wittgenstein, Leo Tolstoy, Mahātmā Gāndhī, of course John Ruskin, Ravīndranāth Ṭhākur, and John Keats. My education, although, involves a master’s in nuclear physics from the Indian Institute of Technology in Ruṙkī, and a withdrawn-from master’s in art and science from Central Saint Martins, of the University of the Arts London, I have been leading, for the last two years (as of 2018), a rather literary lifestyle, having self-published a book of verse on the subject of ‘visa restrictions’, a work of prose on the issue of ‘family relations’, and most recently a pamphlet upon the ‘necessity of a national language’; which publishing, and printing, I have done under the banner of the John Ruskin Manufactory (of which I am also proprietor), ‘an attempt to put into practice, sincerely and without compromise, the economic ideas of John Ruskin’. As initial projects, I have undertaken the construction of the manufactory’s physical premises in New Delhi, in accordance with Ruskin’s Seven Lamps; and most passionately perhaps, the promotion of the Hindustānī language in Hindustān.

A fascinating story, this. I shall like to relate ‘how’ I became a Companion rather than ‘why’. In 2016, while in England, I felt the need of visiting the village of Yasnaya Polyana in Russia once again, the birthplace of Leo Tolstoy, in the capacity of a temporary lumberman. The librarian there, one of the only two English-speakers I could find, led me to Dr Stuart Eagles’ -then Guild’s Secretary- ‘Ruskin and Tolstoy’, to whom, of course, I wrote at once to congratulate. I was invited eventually to Ruskin Land, in the Wyre Forest; where itself I applied for Companionship.