Art and architectural historian with a particular interest in the Arts & Crafts Movement in architecture, painting, sculpture and the decorative arts, and in conservation ethics and philosophy. Ruskin's writings have been central to my thinking and writing and practice of conservation for the past thirty years. I have so much enjoyed coming to the annual meetings of the Guild for about a decade and a half, during the earlier half of which I was also on the committee of the Friends of Ruskin's Br 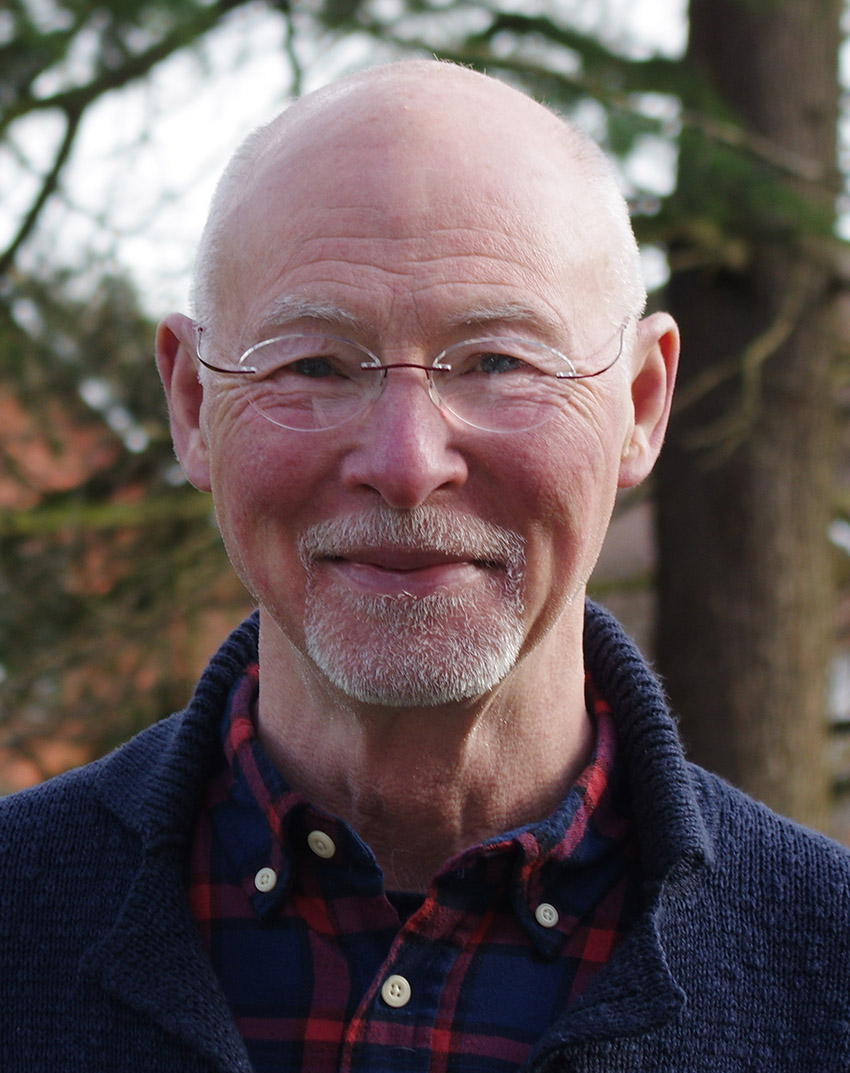 Looking back I acknowledge my good fortune in having had a career which has consisted in alternating between working for exceptional conservation organisations and teaching in universities. I was for twenty-two years at the Council for the Care of Churches and the Cathedrals Fabric Commission for England, both statutory bodies but where passion and enthusiasm as well as knowledge counted for a good deal. I spent a semester during that time studying conservation of wall paintings at the International Centre for Conservation in Rome (ICCROM), where I began to see my life's mission in an increasingly international context. For twelve years I then ran the Centre for Conservation Studies at the University of York, with Masters students coming from all over the world, many of them seeking to be conservaton officers in one context or another. Towards the end of that time I was a Visiting Professor at the University of Canterbury in Christchurch, New Zealand. I was then Director of Conservation at the National Trust for Scotland. The 'National Trust Movement' is one of many endowments we have received from Ruskin and it is worldwide. Then I was invited by the Brandeburg Technical University, Cottbus, near Berlin, to be Professor of Cultural Heritage Managment for five years, which I much enjoyed. I would often meet my Masters students in the Mercedes-Benz cafe in the Unter den Linden, Berlin, for supervisions. At the same time I established a freelance consultancy in Arts and Heritage. Two of the best projects I have facilitated in that role have both been at Lincoln Cathedral: the sculpture of Our Lady of Lincoln by Aidan Hart and the set of fine furnishings for the Chapel of St Hugh by Nicholas Hobbs, two wonderfully creative artists and deep philosophers. I have had much to do with cathedrals. I wrote a book on St Paul's Catheral which led to my becoming Chair of the statutory Fabric Advisory Committee for twenty years; I was Chair of Lincoln FAC for seven years; a member of Durham FAC for seven years; and a member of the Wells Cathedral West Front Committee for twelve years. I am currently on the FAC for St George's Chapel, Windsor Castle which has a deep involvement with the Carving Department in the City & Guilds of London School of Art. These involvements have led me into friendships with very talented craftspeople working in the continuity and traditions of centuries. Currently I Chair SPAB Scotland, SPAB having been directly inspired by Ruskin, and Chair of the Falkand Stewardship Trust, one of the entities responsible for managing a rural estate in Fife in accordnance with Ruskinian (and Geddesian) principles.

My first encounter with Ruskin was reading his Seven Lamps of Architecture and later Stones of Venice. I found myself very much in sympathy with his ideas about stewardship leading to a passion for allowing ancient buildings and other works of art to bear the marks of history and to exhibit the 'golden stain of time'. I wanted to learn more about Ruskin's thinking and especially its resonance for today and so I first became involved with the Friends of Ruskin's Brantwood and later on with the Guild of St George.