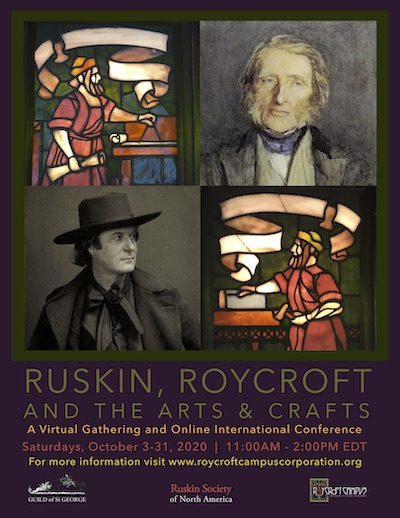 The Arts and Crafts Movement emerged in mid-19th century as a rebellion against the Industrial Revolution. Its adherents looked for reform in design and decoration, with a focus on the creation of beautiful, handmade objects. The Arts and Crafts Movement continues to thrive on both sides of the Atlantic. Throughout the UK and North America, national and regional gatherings are regularly held. Centers celebrating, displaying, and selling Arts and Crafts handiworks on both sides of the Atlantic receive thousands of visitors yearly.

Despite this success, there is very little awareness among Arts and Crafts people of the vital roles played by two of the movement’s nineteenth century founders in shaping their creative lives. The first is the great Victorian art and social critic, John Ruskin. It was Ruskin’s vision celebrating the importance, in one’s work, of uniting “Head, Hand, and Heart,” that inspired his contemporary, William Morris, to dedicate his working life to doing just that. Reading the works of Ruskin and Morris in the United States, another founder of the movement, Elbert Hubbard, was inspired after visiting England. He would come back to America and establish The Roycroft in East Aurora, New York, outside of Buffalo.

And so, we are excited to announce the collaboration between The Roycroft Campus, The Ruskin Society of North America, and The Guild of St. George (founded by Ruskin in the 1870s in the UK), in creating an international virtual Conference to tell the story of Ruskin and Hubbard in the establishment of the world-wide Arts and Crafts Movement. We invite you to join us each Saturday in October of 2020 to hear these stories. MORE DETAILS AND REGISTRATION HERE. 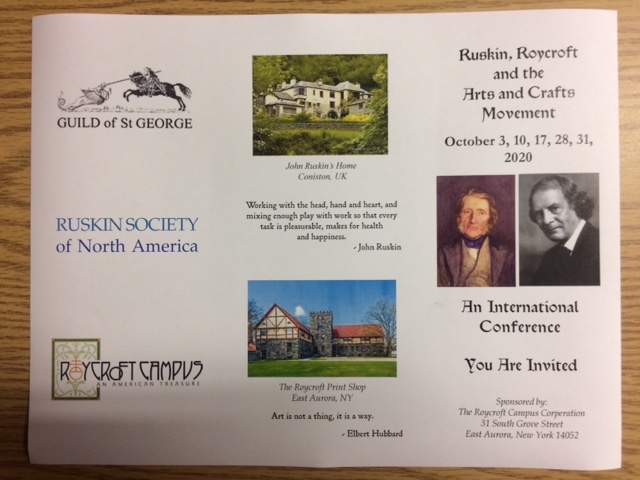 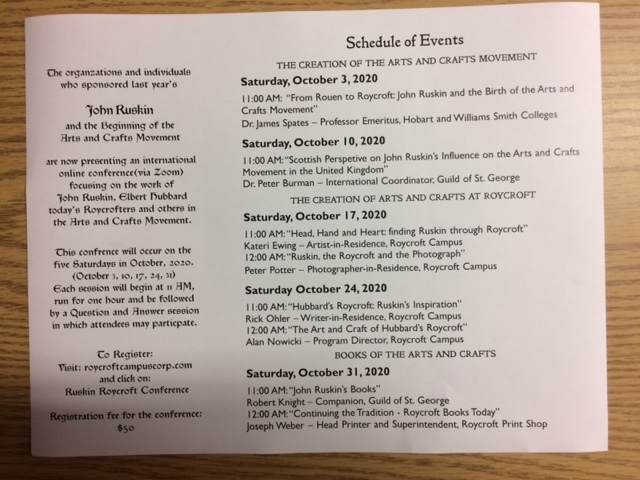