In September 2020, Bob Richmond, whose great-great-grandfather knew Ruskin well, was welcomed as a Guild Companion. Here he offers some words on becoming a Companion.

I believe it was Ruskin who asserted that in order to fully 'be' in a place one would be far better able to do so if one drew it, through drawing rendering sense to the information of one's surroundings, understanding spatially, and in detail, the elements which compose one's outward view. A discussion around this took place in Rome about 20 years ago with my father, a painter, and it struck with great truth as we were in Rome specifically to draw and paint. What one discovers in the process of drawing and painting is that one's appreciation and presence in and of the world around one becomes a great deal more vivid and alive. Ruskin's exhortation to draw has a new relevance in the 21st century machine age: today, the phenomenon of mass digital image capture and consumption has, to no small degree, eroded some of this allowing for a gentle appreciation of place, leaving the capture of the image as the primary aim, the experience of being there, in some key and tangible ways, secondary.

In our current period of digital revolution there are fresh sets of challenges which give new relevance to the thinking and writing of Ruskin today. The term tech-lash has been used frequently in the last few years but its deeper connotations should take in notions of human liberty and agency in the age of technology. To a large extent we have become divorced from physicality. Technology detaches us from touch and provenance. There needs to be a new call back to more tactile experiences: learning to make and build; gravitating towards skills which can replace some of the sensory connections from which we've disengaged.

These new struggles we face have parallels to the upheavals which occurred during the industrialisation of Ruskin's lifetime. The termini of the railways and their elongated manifestations are now accepted forms but the new invisible conduits exist in our our present modes of communications and working practices. The challenges they give rise to are of no lesser importance than those in the latter half of the nineteenth century. Along with the urgent challenges brought forth by the climate crisis, our relationship to technology is a defining one of our times, socially and politically. Which is not to jettison technology, but rather more to find the ways in which its engagement can be a tool for empowerment and betterment for society as a whole. In The Nature of Gothic, Ruskin writes, "the foundations of society were never yet as shaken as they are at this day." Words which apply with as much urgency as they did when Ruskin wrote them.

George Richmond, my great-great grandfather, first met John Ruskin in Rome in 1840, and the two became good friends. 'After first dining with the Ruskins, Richmond told his wife that John "is a most pleasing man and of considerable power as a poet – with a good notion of art … I have promised to pay them a visit for two or three days to paint their son in the summer if all is well." In 1843, Richmond produced a full-length portrait and in 1857 Ruskin’s father John James commissioned a head-and-shoulders drawing. Seven sittings took place between February and March 1857, Ruskin snr. paid Richmond £42 plus a case of wine, and the work was exhibited at the Royal Academy. According to Ruskin snr., "It is what Richmond says a portrait should be: The Truth Lovingly Told." It portrayed the sitter’s right hand touching his cheek.'

George Richmond’s father, Thomas Richmond (1771-1837), was also a painter, as was his son, W.B. Richmond, named after George’s friend and mentor William Blake. On the 12th of August 1827 George closed Blake's eyes on his deathbed; he subsequently accompanied Blake's body to its final resting place in Bunhill Fields.

John Ruskin and George Richmond remained close friends for the rest of their lives. The young W.B. Richmond was tutored by Ruskin and in 1878 succeeded him as Slade Professor of Fine Art at Oxford University, the two also remaining close friends until Ruskin's passing in 1900.

I look forward to many fruitful discussions ahead in helping further the aims of the Guild in promoting well-being in both people and place, 'which it must be the first aim of all Europe at this day to regain for her children.' The challenges before us now are very real and distinct but the power of collective intelligence can be equally formidable in facing them. I look forward to facing these challenges together.

The illustration is an engraving of the George Richmond drawing of John Ruskin from 1857. 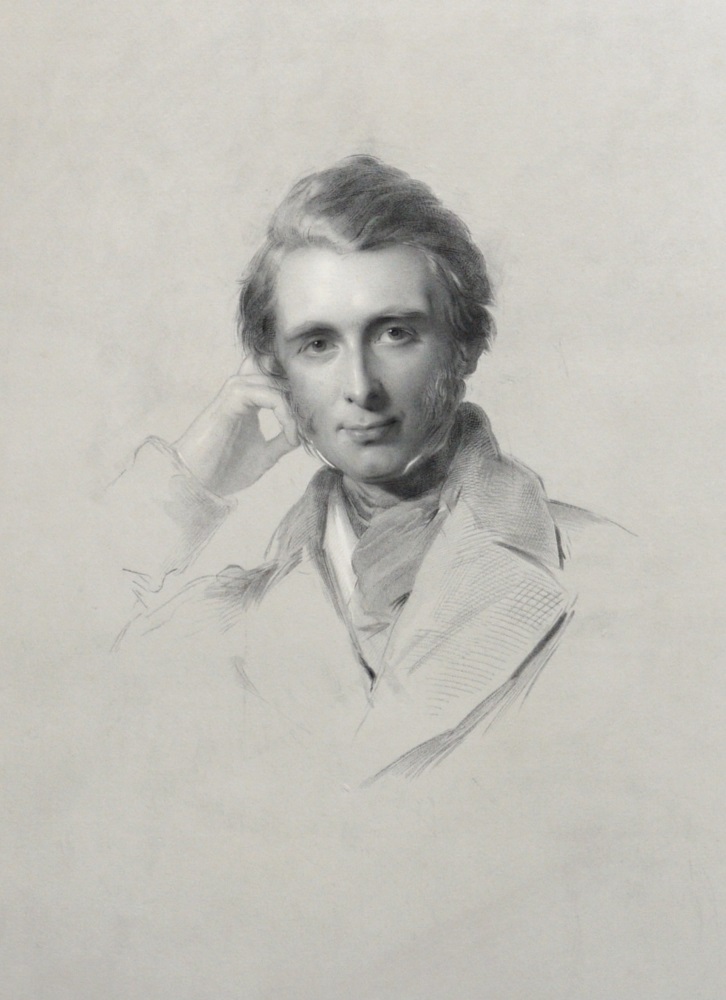