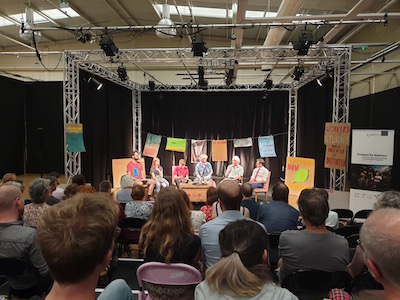 A Green New Deal for Sheffield?

Thursday 11 July 2019, at Theatre Deli as part of A Future Fantastic festival.

This was our fullest, most highly charged festival event to date with a mixed-age, politically tuned-in audience of more than 80 people keen to take part in the debate.

Colin Hines introduced the Green New Deal (addressing the triple crunch of the financial, environmental and social challenges of our time). He’d visited the current exhibition John Ruskin: Art & Wonder beforehand and explained that he’d picked up Grey Brechin’s lecture at the shop and hadn’t realised how strong the connection was between Ruskin, Roosevelt’s New Deal, and the Green New Deal.

14 year-olds Edie Elliott and Patrick Wakefield talked of the exhilaration of ‘becoming climate campaigners almost overnight’ when the first Youth Strike 4 Climate protest was announced this spring.  Edie spoke to Cllr Dagnall after the event to urge him to include a the youth voice on the main citizen’s assembly just launched in Sheffield, rather than having a separate youth assembly.

Lucy Neal wove Ruskin into discussions through the night, reminding us at the start and the end, that Ruskin urged us that ‘if the thing is possible, then try for it’, and interjecting with Ruskin’s quote about what a great money-maker does with his money, to urge us to get on with the real work of making the transformation in our working and natural lives that the Green New Deal can afford.

The evening event was complemented by a daytime workshop also at Theatre Deli, with 20 secondary school students from 4 schools, co-run by Malaika Cunningham and me (at the invitation of Learn Sheffield). The students experienced the People’s Palace of Possibility, held group discussions, then produced climate action placards, which formed the backdrop to the evening event. 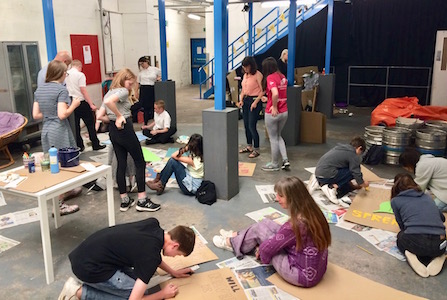 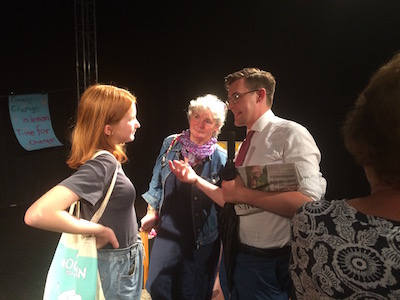 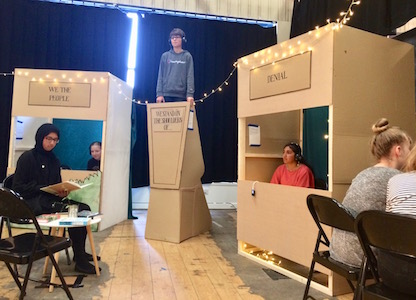