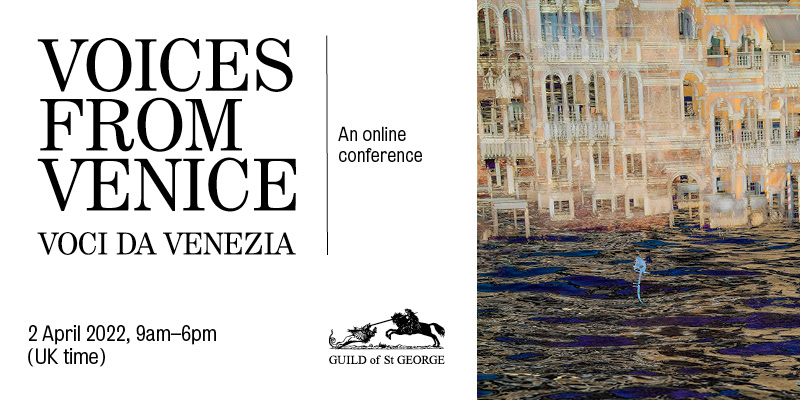 An online conference organised by Ruskin’s Guild of St George to share up-to-date knowledge of the pressures on the city and lagoon of Venice and to reflect on how these pressures can be addressed.

Recordings of the seven sessions of the conference, hosted by the Guild online on 2 April 2022, are available to watch below.

Welcome by Rachel Dickinson, Master of the Guild of St George.

THE VITAL IMPORTANCE OF THE VENETIAN LAGOON

Jane Da Mosto, ecological scientist, Co-Founder and Director of the NGO We are here Venice (WahV).

Maria Laura Picchio Forlati: Will Venice, or What Venice, survive the rising level of the lagoon by the end of this century? A discussion of the appeal from the Istituto Veneto di scienze lettere ed arti to Prime Minister Draghi (Il giornale dell’arte, November 2021, No. 422, pp. 19-26).

Monica Cesarato, How to visit Venice – or – We need to educate visitors.

Luisella Romeo, When a door closes, a window opens: live tours in Venice during the pandemic lockdowns.

Salvatore Settis, art historian and commentator on Venice’s future, reflects on the impact of his ground-breaking book 'If Venice Dies' (2016) and on what could lie ahead.

THE POLITICS OF VENICE AND HOW TO HARNESS THEM

Neal E. Robbins, Moving beyond the political quagmire – politics in Venice, origins and dynamics, how historic Venice is up against the terraferma/island divide, populism, depopulation and a corrosive political culture.

Followed by the closing session of the conference, with conclusions and thanks from Peter Burman and Rachel Dickinson 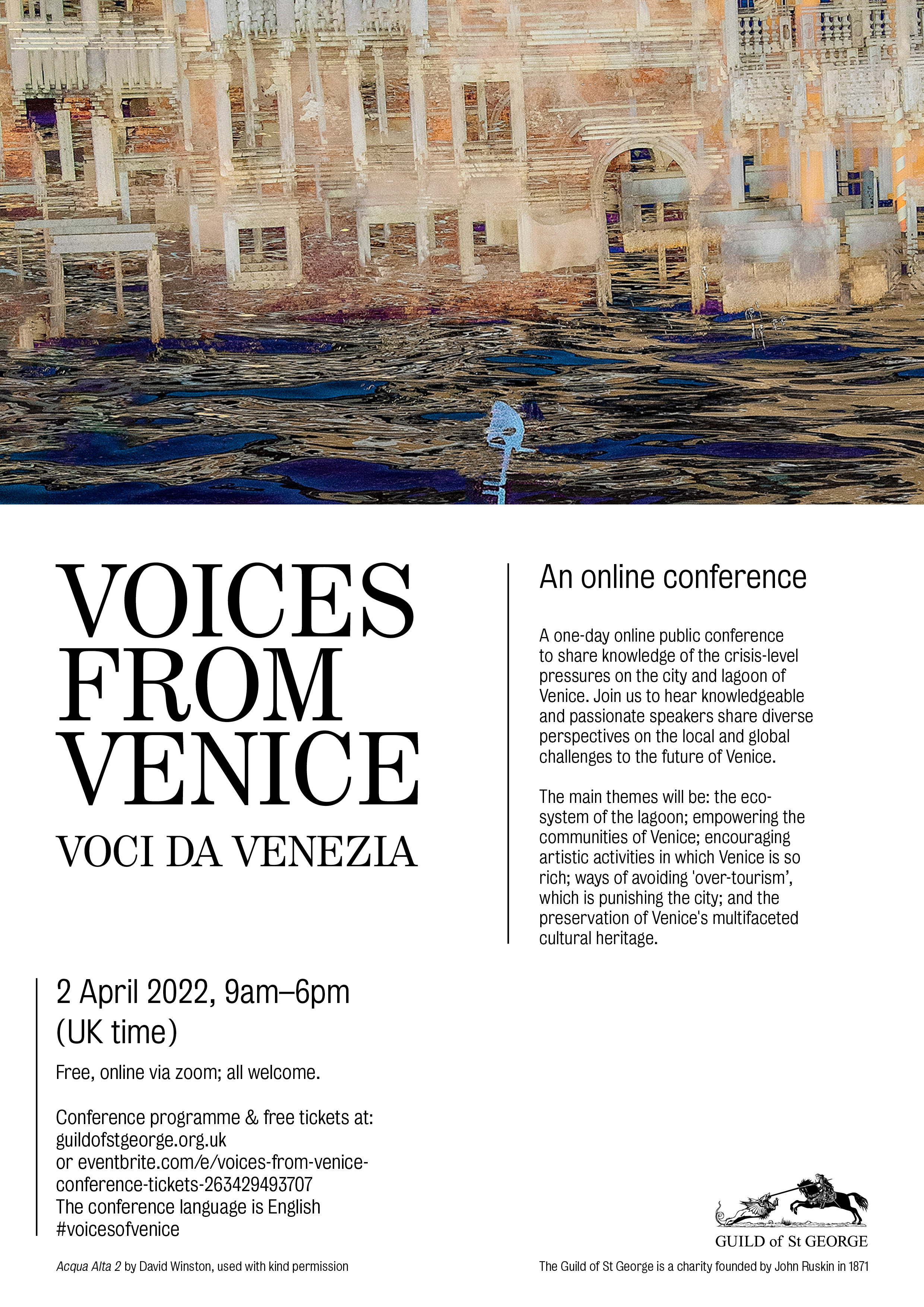